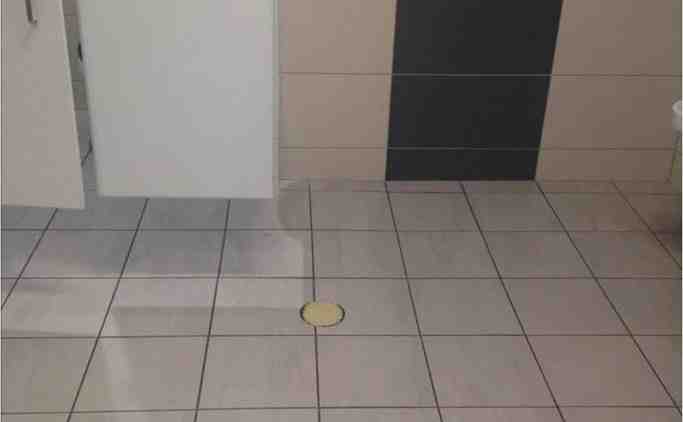 Black sewer water that “smells worse than rotten fish” is backing up drains and pooling in patient bathrooms at the new Montreal Children’s Hospital, angering staff who say the problem is widespread and keeps popping up despite the fact that plumbers are called in regularly to snake the drains.

The plumbing problems are the latest in a series of glitches — as many as 14,000 — that continue to plague the $1.3-billion superhospital of the McGill University Health Centre, and are sorely testing relations between the MUHC and design-build contractor SNC-Lavalin.

The superhospital was built as a public-private partnership, with the Quebec engineering firm acting as the lead partner in a private consortium that is the landlord of the property. Unlike the Old Montreal Children’s where the MUHC could do what it wanted with the building as the sole owner, SNC-Lavalin is responsible for maintaining the superhospital and fixing plumbing, electrical and other problems.

But the MUHC has been at loggerheads with SNC-Lavalin over a wide range of “deficiencies” — from faulty wiring to leaking ceilings — since before the superhospital opened at the Glen site in the spring. The public-private partnership was supposed to transfer the risk of any cost overruns from the public sector to the private partner, but SNC-Lavalin is nonetheless seeking more than $172 million in “extras” from the MUHC over the construction.

The MUHC has to date spent more than $1.5 million in legal fees haggling with SNC-Lavalin, and now the hospital network must also contend with cataloguing a host of problems with the new facilities in Notre-Dame-de-Grâce and pressing the engineering firm to repair them as quickly as possible.

The sewer water backup problem appears to be confined to the new Montreal Children’s, which opened on May 24.

“There have been at least a dozen incidents where the following has happened, as high as the ninth floor,” said a source at the MUHC, who declined to have his or her name published for fear of reprisals.

“There are small drains on the floors of every bathroom. Many have spontaneously started overflowing onto the floor with sewer water that smells worse than rotten fish. This has happened in patients’ rooms, in staff bathrooms, all over. One nurse was in the staff bathroom washing her hands one night and felt her feet wet. She looked down and they were in sewer water.

“Management keeps bringing in the plumbers to snake the drains, but the problem keeps coming back again and again. This is very, very disruptive for patients and staff.”

A Montreal Gazette reporter was able to independently verify the problem in at least one location of the hospital. On Tuesday afternoon, a reporter entered a public bathroom in the lobby of the Montreal Children’s next to a bank of elevators and was immediately overcome by a noxious stench. The fumes were so overpowering that one could not stay in the bathroom for longer than a few seconds, enough time to take an iPhone picture of a central floor drain that was taped over with masking tape.

The door to the men’s bathroom was not locked and no sign was posted outside warning people of the smell inside.

“I know that a drain has overflowed in the (intensive-care unit) at the Children’s at least once,” the source said. “It has happened on the eight floor at least five times in several different rooms. I have never seen black water come up from the drains in the old building.”

MUHC officials acknowledged problems with the drains but were unable to go into precise detail.

“The MUHC can confirm that issues with drains have been reported to (the private consortium) since the opening of the Glen site, and that the (MUHC) technical services team is actively following up with (the consortium) to validate the number of calls and determine the exact nature of the problem,” Ian Popple, an MUHC spokesperson, said in statement.

Louis-Antoine Paquin, a spokesperson for SNC-Lavalin, blamed the problem on patients or visitors stuffing too much paper or other objects into toilets, rather than something inherently wrong with the drains.

“It really has to do with the use of the toilets themselves — in other words, what people put in the toilets,” Paquin said.

In a previous interview on Tuesday, Paquin revealed that there was a break in the pipe joints of one of the storm drains last week, and a subcontractor that installed the drain will have to repair it. However, the break in the storm drain is unrelated to the overflowing sewage drains, he added.

David Kellner, a master plumber with Monsieur Drain contacted by the Montreal Gazette, disputed SNC-Lavalin’s explanation that blocked toilets are causing the sewage backup. He suggested that the smell coming from the drain in the public bathroom visited by the reporter would not have been caused by simply stuffing one toilet.

“There’s definitely a blockage further down in the main drain where the water is coming up and it’s coming up into the floor drains,” said Kellner, who has not worked at the superhospital. “One hundred per cent, it’s a deeper problem.”

MUHC housekeeping alerted SNC-Lavalin “numerous times” to the stench from that bathroom, but nothing was done, another source said. In an email sent late Wednesday afternoon, Paquin said: “We were notified only this afternoon of the problem you refer to in the bathroom in the lobby of the Children’s. We’ve sent someone over there who removed the tape, which was not put there by us, and poured water in the drain. That person will go back (Thursday) morning to make sure everything is OK.”

In April, MUHC officials said they had identified 3,000 deficiencies with the superhospital ranging from minor issues like the wrong height of counters to more serious problems such as faulty wiring in operating rooms. The Montreal Gazette has since learned that other insider estimates put the total number at 14,000.

In fact, the MUHC’s health and safety department has specifically instructed staff to document every medical accident that could be attributed, in part, to problems with the new facilities.

Under a public-private partnership, the private consortium finances a public project, designs and builds it and then maintains it for a predetermined period, leasing it back to the public partner. Under the MUHC deal, the leasing period is 34 years, after which ownership will be assumed fully by the hospital network.

SNC-Lavalin won the contract in 2010 to build the MUHC superhospital after a competition with a Spanish-led consortium. Former SNC-Lavalin executives now face criminal charges alleging that they made $22.5 million in bribes to former MUHC officials to win the contract.